Mechanotransduction is the word used to describe the various mechanisms whereby cells convert mechanical stimuli in to electrochemical activity (for a very general overview please click here as well as here).

Mechanotrasduction seems to be a term that encompasses many different processes that happen throughout nature. In a review article (note that this is the same article as the second link above) the opening message reads:

“Essentially all organisms from bacteria to humans are mechanosensitive. Physical forces regulate a large array of physiological processes, and dysregulation of mechanical responses contributes to major human diseases. A survey of both specialized and widely expressed mechanosensitive systems suggests that physical forces provide a general means of altering protein conformation to generate signals. Specialized systems differ mainly in having acquired efficient mechanisms for transferring forces to the mechanotransducers.”

What we may understand from the above information is that there are mechanical correlates to cellular function which, when altered from ideal (“…dysregulatioin of mechanical responses contributes to major human diseases.”), play a part in disease processes. From an article by Donald Ingber written in 2006 we find the following passage:

“Much has been learned about the molecular and cellular basis of mechanotransduction over the past decade. Integrins, cell-cell adhesion molecules, growth factor receptors, caveolae, mechanosensitive ion channels, cytoskeletal filaments, and numerous other signaling and structural molecules contribute to this response. However, it should be clear from this discussion that cellular mechanotransduction cannot be understood in isolation or defined entirely in terms of mechanosensitive molecules. Mechanical force sensing depends on the architectural context in which the cell lives. The cellular response will be governed by how mechanical forces are distributed throughout the organ and tissue of which it is a part, as well as by the level of preexisting tension in the ECM, cell, cytoskeleton, and membrane. Our ability to sense mechanical forces at the cellular level is therefore a direct manifestation of how our bodies are constructed. Thus, if we continue to seek out and study individual biological parts in isolation without considering contributions of multi-scale architecture and invisible internal forces, we will never be able to fully understand how physical forces influence biological form and function. Future studies in the field of mechanical biology will need to focus on a whole new set of questions: How do molecular and biophysical interactions influence structures and bio-chemical activities locally, as well as at a distance? How do structural scaffolds in the membrane, cytoskeleton, and nucleus focus and channel forces in specific ways to provide particular functions? How do changes in the material properties or arrangement of multimolecular assemblies affect the biochemical activities of their components, and vice versa? How can we measure or model changes in molecular shape and activities (e.g., binding kinetics) within the higher order context of multimolecular structural assemblies? How is internal prestress generated and controlled at each size scale, and what is its impact on these biochemical and mechanical responses?” (find this article here)

So, now that we have a general overview what do we do? To begin, I truly see the concepts of mechanotransduction and the further investigation of it as extremely promising with respect to understanding HOW systems of manual therapeutics have helped people improve their health states in all cultures for all time. I was trained to be an Osteopathic Manual Therapist and, in my understanding, the closest I see to a reasonable mechanism of action that is proposed within the profession is the reduction in sensory stimuli which will alter motor output as mediated by the components of the central nervous system (ie looking at muscle spindles as well as other mechanoreceptors and their increased firing rate when depolarized leading, in some cases, to altered motor output…so we are looking at this mechanism and aiming to reverse it by reducing sensory input primarily by altering length-tension relationships in soft tissues). Now, not all sensory nerves alter motor output, however, the fact that some do, especially when tissues either lengthen too far or too fast leading to increased neural firing rate building towards a reflex (such as the golgi tendon organ reflex or the muscle spindle reflex) we may HYPOTHESIZE (not know for sure) that restoring free dynamic function to tissues will alter those sensory firing rates. That was a lot of information to say this:

As with any thought or hypothesis, the above could be wildly incorrect. Another possibility may not even involve the role of the nervous system…the mechanism of action may well fall more on the alteration of mechanical stress/strain through the cells of the tissues themselves and this all remains to be learned. It may be possible that the following statement is also useful with respect to altering mechanical stress/strain:

Alter length-tension relationships to alter mechanical stress/strain to the cells that comprise a tissue in order to alter the functions of those cells.

While what sits on this page is in no way an exhaustive review of mechanotransduction, it should stand as at least an introduction with respect to a possible mechanism of action for manual therapeutics overall. When a patient is considered through the lens of mechanotransduction and the relation of altered mechanical stimuli to disease processes it may at least be suggestive that Osteopathic Manual Therapy has the possibility to have a positive effect on health states through normalizing mechanical stimuli. While this information is not novel, I do believe more mention of it will help the profession overall, especially if more attention is provided to the promise of further understanding mechanotransduction and the phenomena that has been noted for millenia, which is best described as the mechanical correlate to health/disease states.

There is a large amount of information available about the continued march of understanding with respect to the phenomena of a mechanical correlate to health/disease states. For an ever-growing list of publications (not usually full text articles) please click here (I will actively write about some of the wonderful things coming out of the Wyss Institute where the publication list is hosted). For another location to read about mechanotransduction please look here (some articles may be the same between these two locations).

Now it is time for the “so what?” moment. Well, although this study of mechanotransduction is ever-growing we must maintain a healthy sense of a lack of conclusion. Mechanotransduction, in this time, is the best description I have come across that provides insight and information in to the phenomena of a mechanical correlate between health and disease states. 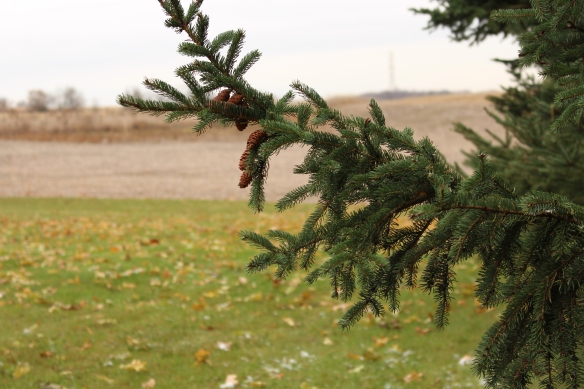